Back to top
Home 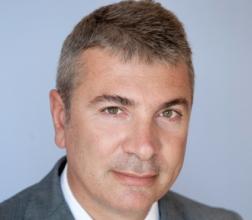 Minister of Energy and Industry, Albania

Mr. Damian Gjiknuri was born on 25 May 1972 in the city of Tirana. He resides in Tirana and is married to Rovena Gjiknuri (Agollin), with whom he has a son, Aleksin.

He is a law graduate in 1994, at the University of Tirana and holds a Master’s degree in Public Policy and Law issued by “NPS School” in Monterey, California, USA (2004) and London College of Law, Great Britain (1996 ). He has also completed postgraduate studies at the Center for Security Policy in Geneva (2000) and International Law at the University of Leiden, The Netherlands (1994).

During her professional activity, she has also attended various professional courses in various educational and professional institutions in the US and EU, in the areas of security, special investigative tools, criminal investigation, public contracts, concessions, public policy, electoral laws.

Mr. Gjiknuri has been a member of the Socialist Party since 2005 and has been elected deputy in Elbasan Region (Gramsh) in 2009 and 2013. He is a member of the Presidency of the Socialist Party and Secretary for Electoral Matters since 2011. Earlier, in 2007 he was elected Undersecretary for Legal and Election Issues and co-author of the Electoral Code 2008.

Prior to his election as a deputy in 2009, Mr. Gjiknuri worked as the head of a legal office and legal adviser for the country’s and region’s regulatory reforms in the country, funded by EU, USAID, GTZ, etc. Until 2005, Mr. Gjiknuri has held various public functions such as: Director of the Cabinet of the Minister of Public Order (2005), Secretary General of the Ministry of Defense (2001-2005), Director of International Cooperation and Arrangements at the Ministry of Public Order Public Order and National Coordinator on Justice and Home Affairs, Negotiating the Opening of EC Negotiations (1999-2001), Head of Planing – Steering in SHISH (1998), First Instance Judge (1995-1996), lawyer at various institutions (1994-1995).

He has very good English and good Italian language.